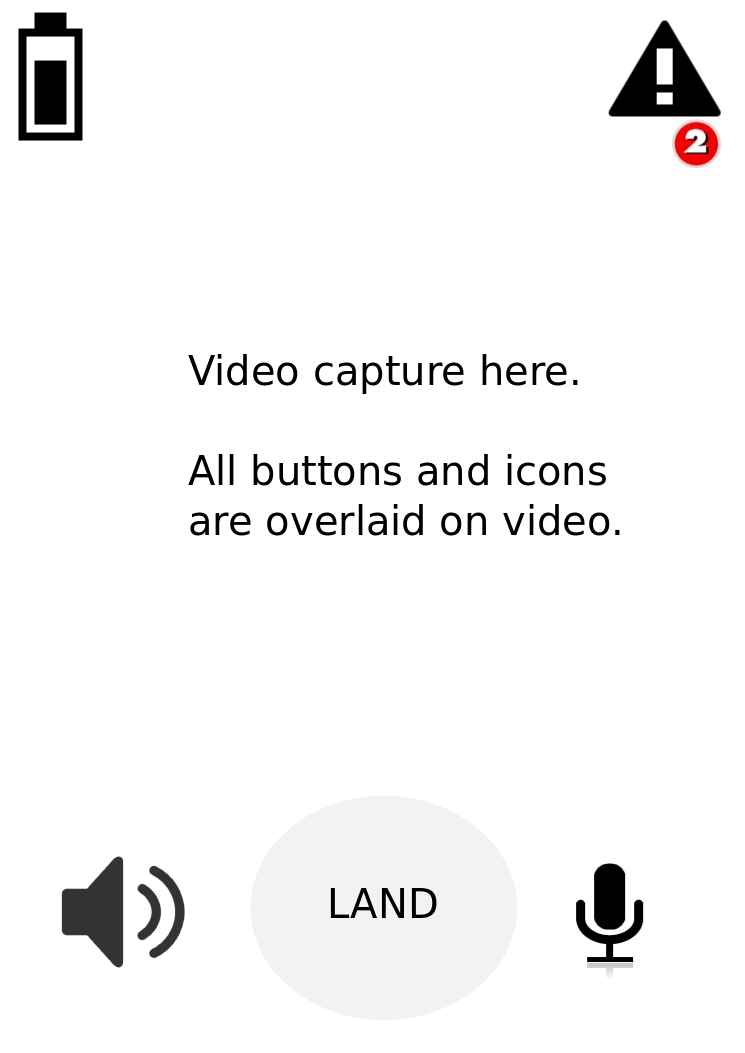 This was my first foray into Android programming, and I used Android Studio.

I designed some graphics and buttons, and created a Client and Server socket to communicate between two phones (not depicted). I could send a string of text between the two phones with a text input field and button.

In the future I can try to transmit video taken from one phone’s camera, using the UI shown in the project profile picture. The idea will be to view video from a drone’s camera, and send controls to it.